skip to main | skip to sidebar

This is what happens in Vigo (Galicia, Spain). Those more than 500 lives of these cats living in the custody of “PROYECTO GATO”, more than 300 cats crowded into a small shelter in deplorable conditions with a high risk of death sentenced by a government that does not care about the rights of animals.
Most of them, home cats abandoned or cats who lived in different neighborhoods of Vigo and which has never been known provenance and the existence of caregivers because Amparo Roger, President of the “Asociacion de Animales y Plantas” (Animal's Protection Society), but really a covert Protection Society known in Spain as “perrera” (kennel). This woman had refused to provide this information because she wanted to force PROYECTO GATO to euthanize these cats. This irresponsibility is supported at the same time by the “Ayuntamiento de Vigo” (Municipal government, local government) that ignore all claims, is what has caused the current situation of saturation that exists in PROYECTO GATO. The situation is more than critical, especially after statements in "Espana Directo" (Telivision programm) by CHUS LAGO which have been really unfortunate, also she described of "crazies" to these volunteers who dedicate their lives to defend all these cats . This woman who is in charge of the Department in the “Concejalia de Medio Ambiente” in Vigo and has no idea of cats. She declared that cats should be placed on "freedom" or allocate them to the “perrera” to euthanize. The questions for CHUS Lago are: Mrs. Chus Lago, do you think that these cats (already accustomed to human contact) need to be thrown into the street? Is a suggestion of "massive abandonment"? Or do you directly kill all these animals to euthanize?
But these statements (full of lies) were not enough to this woman. Proyecto Gato still exists thanks to the selfless aid of the people who are working anonymously (remember live aid of the few members who have (do not reach 200 members and more than 500 members would need to survive) and the contributions of various proposals such as “viajeros solidarios”, “cestas solidarias”, specific donations, among others, that people will do), but the questions are: how long PROYECTO GATO can continue living in solidarity? For how long can you continue to have a two-room shelter with more than 300 cats crammed and 200 that are distributed in different foster homes?

Although many months PROYECTO GATO stop receiving the subsidy of 3000 euros per month to keep all cats minimally (the same subsidy that was supposed to be monthly and delivered with months of delay). PROYECTO GATO on March of this year received a notification with the order to evict the shelter and rescind the Collaboration Agreement signed between the Association de Animales y Plantas and Proyecto Gato (notification sent by Mrs. Amparo Roger) for "breach of the obligations" without specifying which obligations were breached. This "Association" was assigned by the Local Government of Vigo to negotiate these agreements.

At the same time, Chus Lag in a press conference said:

In one of the most brazen of this press conference, which shows the absolute ignorance this woman we can read:

On the reasons that led to conclude this agreement prematurely with Proyecto Gato was that the volunteers failed in their responsability to care the cats and meet the scheduled. Proyecto Gato should not be to follow any policy to give in adoption these cats. In her opinion, many animals is an abuse, because some of them are for adoption (without any check of the adopter) and others can be sterilized and released. Also she said: "They claim that the animals receive so much love, but they have to get is fresh air, if I were a cat would air, no kisses. "

It seems to do some checks PRE and POST adoption is a crime for Chus Lago. They need a real home, allowing them to live in dignity. Mrs Chus Lago really has no idea of how an animal shelter, in addition to the ANIMALS ARE NOT TOYS disposable and therefore deserve the respect of all living beings, of all humans that the only difference we have with them is that we have the use of reason. Also I think that the responsibility to have more abandoned cats in Vigo is NOT for Proyecto Gato, but for the Government who not take any prevention policy as "mandatory microchips in the cats" or "mandatory sterilize". STOP spending money for euthanasia and give public money to private kennels. On the other hand. she talked about failure times by volunteers. It is impossible because every morning was attended by the police and the police could see that every morning the volunteers were at the shelter. Also speaking that cats do not need kisses but freedom, which is what Mrs. hints LAKE CHUS leave the street and domesticated cats and abandoning them there? Are you sure what the concept of abuse an animal?

Breach of obligations of the Collaboration Agreement came from the Government side from the moment that would have promised shelter for 200 cats and operating room to treat and sterilize all the cats (in the shelter and stray cats). This promise (and clause of the agreement) was never fulfilled.

The results speak for themselves: more than 1700 cats have been treated, 1500 have been spayed or neutered, 600 of them have been successfully adopted and 300 are still recovering or waiting for a home.

Proyecto Gato works nevertheless is really important and admirable. The results speak for themselves: more than 1700 cats have been treated, 1500 have been spayed or neutered, 600 of them have been successfully adopted and 300 are still recovering or waiting for a home.

Thanks to advertising that is taking place through different social networks and broadcasts in the press Chus Lago has announced it will seek an injunction to enter the shelter with veterinarians to decide what to do with these cats. In a nutshell you take to the streets to which she considers feral euthanize the sick or she deems not to adopt and give to the first passer-by who she considers adorable, that if staff decide what she will say and pay and will do what they want.

For this reason PROYECTO GATO needs the help from everyone, not only in Spain but worldwide. It is the life of these animals in danger by a government that does NOT respect the rights of animals. Spain is the international embarrassment despite belonging to the European Union, but only enough to see the conditions in which animals live, is the first country in Europe "animal abuse" and this situation must end.

PROYECTO GATO needs your help!! Please help these cats!! They want to live!!! They are alive!!

Here you are a video in the shelter with some people who helped these cats (many people arrive from different places to help these cats): 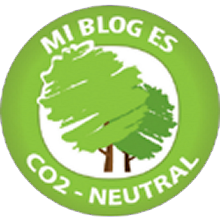